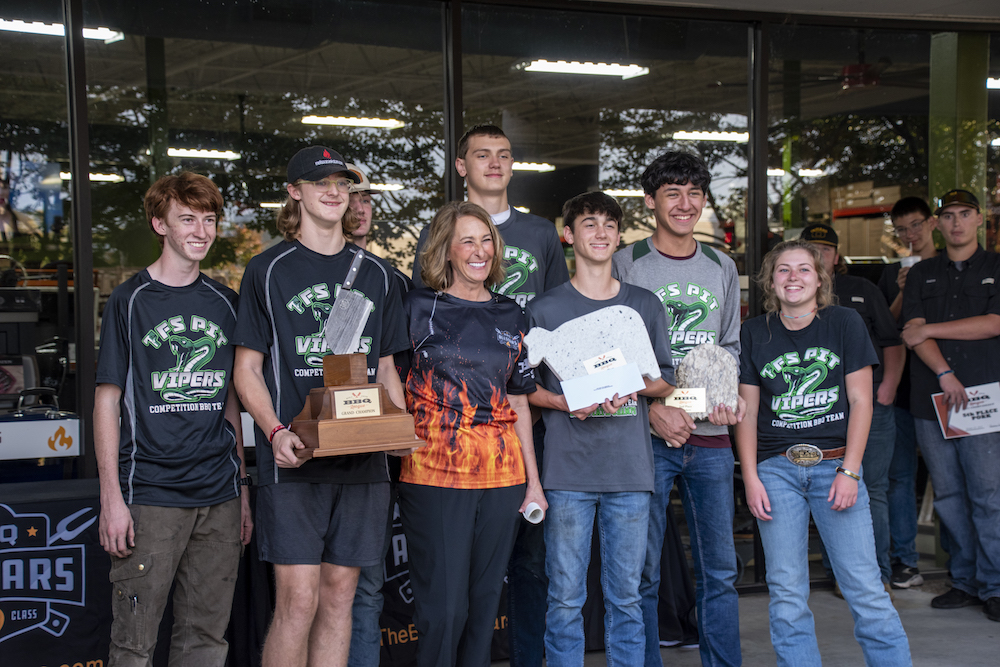 Memphis, Tennessee was the location of the stiffest competition yet for the Tallulah Falls School Pit Vipers barbecue competition teams.

The pair of Pit Vipers teams did not waver.

The Vipers finished as repeat Grand Champions, winning a combined $10,700.

“These kids learn morals, standards, leadership and core values that we need in life;  these children are our future,” Cookston said, who is also known as the “Queen of Que.”

The Pit Vipers include freshmen Frankie Pribyl of Canon and Merrick Carnes of Cornelia, sophomores Teyrk Tilley of Tallulah Falls, Jake Owensby of Cornelia, Jackson Carlan of Baldwin and Lily Turpin of Demorest and juniors Brooke Hayes of Cornelia, Marc Crotta of Cornelia and Matthew Wolfe of Clarkesville.

“I am thrilled we had such a great showing at this high-profile competition,” said Head Pitmaster Tom Tilley.

“It’s an honor being at this competition with Melissa Cookston. It is fun, but it’s a lot of pressure,” said Crotta.

Next up for the Vipers is the Kansas City BBQ World Invitational in Gadsden, Alabama on Nov. 12.