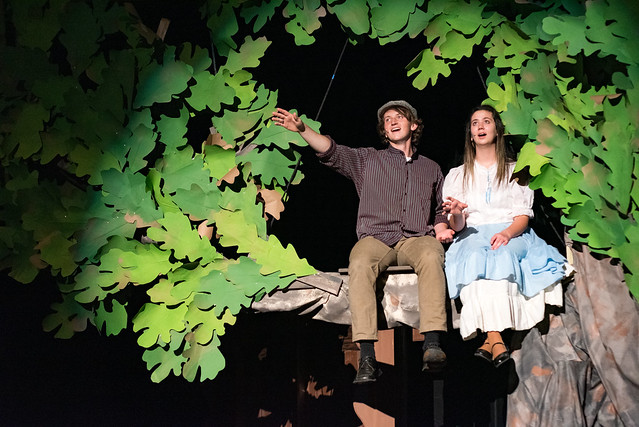 In a three-night run, the Tallulah Falls School Players presented "Tuck Everlasting" to an appreciative audience of friends and family.

The music-centric production is based on the 1975 children's book by Natalie Babbitt about a young girl who stumbles upon a family's stunning secret and a spring whose waters grant eternal life.

"So many people helped us stage this musical, and it was a real collaborative effort between our music, dance, and theatre departments," said Performing Arts Director Jonathan Roberts. "It was a super start to what we hope and plan to bring to our TFS surrounding community. It felt like the stars aligned for this show, and all the right people were in the right places. The students did a terrific job bringing a beautiful and moving story to the stage. We are all so very grateful for working with this material."