TFS has named the Indian of the Week for the week of September 12-17. This week's selections are Kitty Rodenas and Jackson Shadburn for high school, and Catherine Harris/Steffi Siebert and Owen Earp for middle school. MORE INDIANS OF THE WEEK 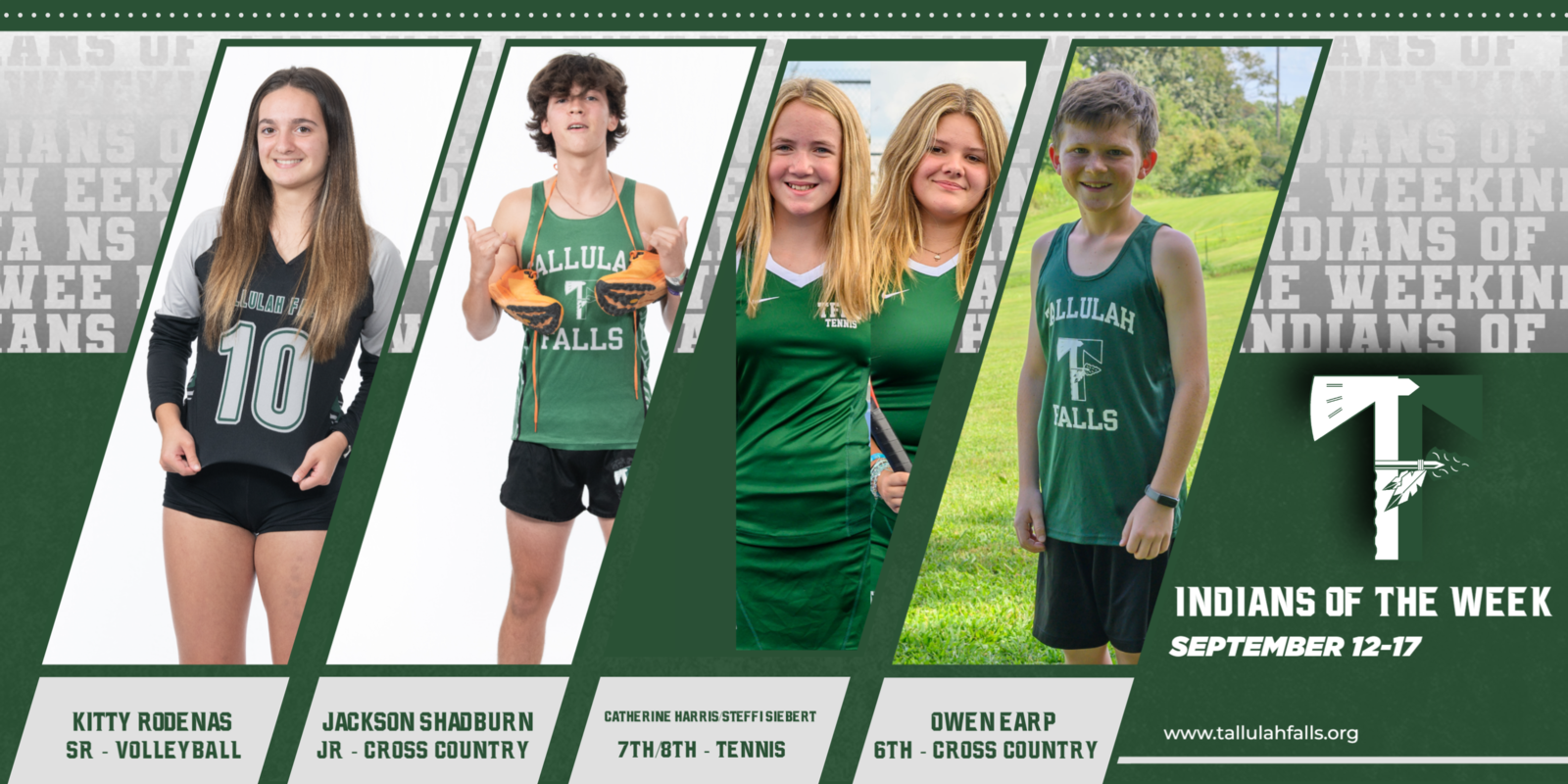 Kitty Rodenas had a great week for the Lady Indians. The senior continued to show great leadership, averaging 2.3 aces per match last week. She also had a 90.6 serve percentage, .333 hit percentage, and averaged 16.7 assists and 4.7 digs per match.

Jackson Shadburn was the Team Leader - and the winner - of the annual TFS XC Quadrathlon, a truly memorable seven mile event of kayaking, swimming, cycling, and running.  Jackson finished ahead of all of his peers, pushing himself in all four segments. His preparation and leadership of the signature event was stellar, providing meaningful moments for both newcomers and veterans alike! -coach Scott Neal

Second doubles team Catherine Harris & Steffi Siebert won their first doubles match of the season on Thursday at Rabun Gap. Both young ladies have been working hard to improve their skills all season and it paid off in that match. They communicated well, showed improvement in their serve accuracy, and fought to hold on for the win. -coach Anthony Cox

Sixth grader Owen Earp improved his TFS 3K course record by 34 seconds at the recent Tri State #2 race. Owen also competed extremely well at the annual Quadrathlon, pushing himself with focus and determination in the kayak, swim, biking, and running segments. Owen brings a positive “get after it“ attitude every day to practice and to each meet; he is a role model of discipline and desire to improve! -coach Scott Neal